At their virtual summit, EU leaders will debate the coronavirus pandemic and Hungary and Poland's attempts to blackmail the EU over a rule-of-law clause that does not suit them. 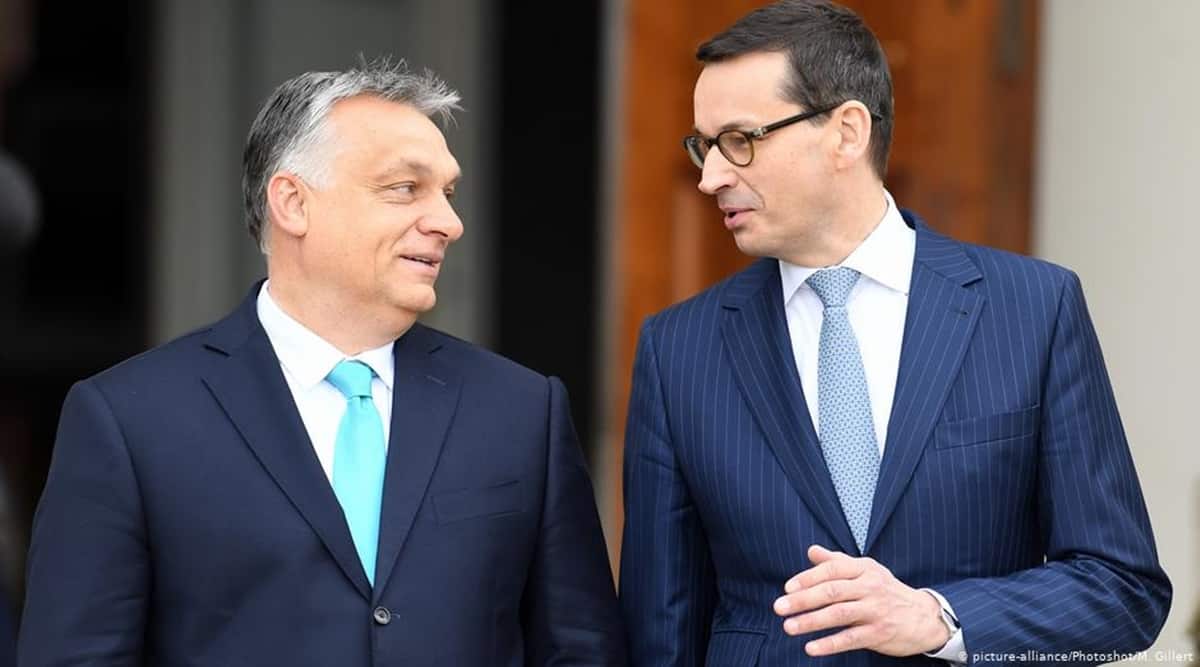 As if it weren’t already enough that Hungary and Poland are blackmailing the European Union, now Slovenia has entered the fray. Prime Minister Janez Jansa said other EU leaders should remember the post-COVID-19 recovery package they agreed upon at their marathon four-day summit in July.

“The EU today is a convoy of ships sailing on rough seas,” he wrote. “Neglecting our historical agreement is like quarreling over a menu on a ship sailing towards an iceberg.”

EU diplomats have speculated that Jansa has expressed an opinion but not quite announced that he wants to withhold Slovenia’s approval of the EU budget and the recovery package.

His Hungarian counterpart Viktor Orban, on the other hand, has continued to make his view very clear. He said in a statement that a mechanism to ensure EU nations follow the rule of law was intended to blackmail “those countries that oppose immigration with budgetary sanctions.”

“Those who defend their borders and defend their countries against immigration can no longer be classified as law-abiding in Brussels,” he added.

The claim is false. Jansa also seems to have forgotten that back in July he and other European heads of state already agreed in principle to a clause about the rule of law. In the end, however, in the debate between the European Parliament and the European Council, the compromise ended up being more potent than either Hungary or Poland would like. Now, the two have taken the EU budget, which requires unanimous approval, hostage in order to prevent the bloc from intervening against their ongoing efforts to dismantle the rule of law in their countries.

‘Now is not the time for vetoes’

This is where the German presidency of the European Council steps in. German Minister of State for Europe Michael Roth warned earlier this week that now was not “the time for vetoes but for acting swiftly and in the spirit of solidarity.”

However, ahead of the summit, it remains difficult to predict if EU leaders will find common ground.

Dutch Prime Minister Mark Rutte said that for the Netherlands, the agreed compromise on the rule of law was “the bare minimum.” French Europe Minister Clement Beaune has said France will not call into question the rule-of-law requirement because “our values and our European project are at stake.”

“We are looking, as a last resort, at how to proceed without the countries” which are blocking the deal, Beaune added.

Economic experts and Guy Verhofstadt from the centrist Renew Europe group had already floated this solution and said the EU should call Hungary and Poland’s bluff and go ahead without them.

“Enhanced cooperation is the only way forward for the 25 heads of state, if Hungary and Poland continue to hold hostage their colleagues and blatantly act against the common interest,” he wrote in an article. “It is legal, it is logical, and it is urgent. Make no mistake: there is no technical solution to a fundamental political problem — whether or not countries should abide by the laws and treaties they signed up to when they joined the EU.”

But European diplomats said this would be the very last resort. They said that they hoped Poland and Hungary could still be convinced to approve the budget since it actually lay in their interest to do so rather than to hold the bloc hostage.

EU should not allow itself to be blackmailed

There were strong words from the German MEP Markus Ferber, the European People’s Party (EPP) spokesman in the European Parliament’s Economic and Monetary Affairs Committee: “I can only warn heads of states and governments not to negotiate a crooked deal at the expense of the rule of law. I expect [German Chancellor Angela] Merkel and [French President Emmanuel] Macron to speak clearly to their Hungarian and Polish counterparts.”

He said the rule of law was not up for negotiation, especially when it was “put into question by the biggest sinners in the area.”

But Social Democrats, liberals and green politicians pointed out that the EPP had tolerated Orban’s Fidesz Party with its anti-democratic stance in its ranks for 10 years and had still not managed to get rid of it. Daniel Freund, a German Green MEP pointed out that “the current suspension of Fidesz only relates to the party and not to the parliamentary group,” adding that the party’s MEPs could still play a role in committees.

He also called on EU leaders not to allow themselves to be blackmailed and not to give in on the rule-of-law compromise. He suggested that a qualified majority adopt the clause allowing for payments to a member state to be suspended if necessary and said Poland and Hungary should accept that the rule exists in the EU and their efforts to change that are in vain. He said it had to be made clear to both of them that if they caused havoc, the whole EU would be against them.

The other ongoing theme is Brexit. There has been speculation over the past few days in the British media that an EU-Britain trade deal could be announced imminently but EU diplomats said that there was “nothing to feed this optimism.”

They said Brussels should prepare for a no-deal Brexit as the end of the transition period is just six weeks away. It was up to the European Commission now to put into motion revised plans for the transport of goods and people, as well as all other affected economic areas. Since it was so unclear what impact Britain’s departure would have on the workings of the bloc, the motto was: “Everyone get ready.”

Brussels chief Brexit negotiator Michel Barnier is due to brief the ambassadors of the EU’s 27 member states in Brussels on Friday. So far, there is no sign of white smoke emerging from the negotiating room.