Experts say that Japan’s focus on the economy may have been its undoing. 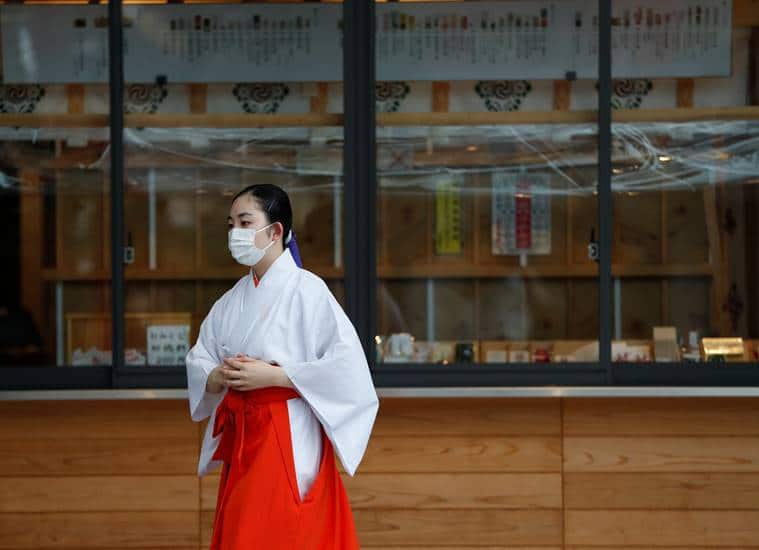 After initial success, Japan is facing a reality check on the coronavirus. The country garnered global attention after containing the first wave of Covid-19 with what it referred to as the “Japan Model” — limited testing and no lockdown, nor any legal means to force businesses to close. The country’s finance minister even suggested a higher “cultural standard” helped contain the disease.

But now the island nation is facing a formidable resurgence, with Covid-19 cases hitting records nationwide day after day. Infections first concentrated in the capital have spread to other urban areas, while regions without cases for months have become new hotspots. And the patient demographic — originally younger people less likely to fall seriously ill — is expanding to the elderly, a concern given that Japan is home to the world’s oldest population.

Experts say that Japan’s focus on the economy may have been its undoing. As other countries in Asia, which experienced the coronavirus earlier than those in the West, wrestle with new flare ups of Covid-19, Japan now risks becoming a warning for what happens when a country moves too fast to normalize — and doesn’t adjust its strategy when the outbreak changes.

While Japan declared a state of emergency to contain the first wave of the virus, it didn’t compel people to stay home or businesses to shut. That was ended in late May and officials quickly pivoted to a full reopening in an attempt to get the country’s recessionary economy back on track. By June, restaurants and bars were fully open while events like baseball and sumo-wrestling were back on — a stark contrast to other places in the region like Singapore which were re-opening only in cautious phases.

Japan’s haste may have been premature, say experts.

“This is the result of the government prioritizing economic activity by getting people to move around again over infection control,” said Yoshihito Niki, a professor of infectious diseases at Showa University’s School of Medicine.

A panel of experts, praised for showing leadership during the first wave, was dissolved in a political mix-up, while a much-derided campaign to encourage domestic travel began just as infections started to surge. Countries throughout the Asia-Pacific are experiencing second waves, many — like Hong Kong, Australia and Vietnam — after being standard bearers for virus containment the first time around. They’re providing a window into the future for places just emerging from their first outbreaks, or continuing to battle through them, like the U.S.

A number of factors contributed to Japan’s resurgence, according to public health experts. The state of emergency may have been lifted too early, before infections had sufficiently slowed. That also resulted in an ill-defined reopening plan — leaving officials slow to take steps when new infection hotspots first emerged in nightclubs late in June. As cases increased, officials continued to talk down the dangers and insist they were mainly confined to nightlife spots.

“The government should have had a proper strategy to contain the transmission as promptly as possible,” said Kenji Shibuya, a professor at King’s College London and a former chief of health policy at the World Health Organization. “Both Hong Kong and Australia acted very quickly and are trying to contain it as fast as possible, with expanded testing and aggressive social distancing including local lockdowns. Japan is making things worse by just waiting and seeing.” Although Japan understood earlier than many Western countries that the virus was more likely to spread through droplets in the air, and warned residents to avoid crowded, unventilated conditions, it wasn’t enough to change individual behavior as the restrictions were lifted. While people have continued to wear masks throughout the pandemic, the current infections have largely occurred in situations where face coverings aren’t typically worn, like group dining and drinking events.

Unlike New Zealand, Japan never spoke of eliminating the pathogen. Experts tried to encourage a “new way of living” and spoke of an era in which people lived with the virus. But the messaging from central and regional governments was mixed, with local officials in Tokyo warning against travel even as the national government encouraged it, and both sides bickering over who was to blame.

The national government continues to argue that the situation this time is different. Chief Cabinet Secretary Yoshihide Suga reiterated Friday that another state of emergency isn’t required. The death rate in Japan remains low by almost any standards, and the medical system isn’t over-burdened — a key factor public health officials use to judge success of virus containment. The country has fewer than 100 people in critical care due to Covid-19.

But treatment won’t bring the current spread to a halt.

“Hospitals can treat the infected,” said Koji Wada, a public health professor at the International University of Health and Welfare in Tokyo. “But only the government, through public health measures, can reduce the number of infected people.”

When Shigeru Omi, the head of the current panel of experts advising the government, told officials to delay the domestic tourism push, he was ignored. The “Go To Travel” campaign then turned into a public relations nightmare, as Japan’s rural residents grew angry over the potential of infections being brought to the countryside by city-dwellers. Eventually, Tokyo was excluded from the campaign in a last-minute about-face.

What impact the tourism campaign had on spreading the virus won’t be known for weeks. Experts are now more concerned over the upcoming traditional Obon holiday period in mid-August, when many young Japanese return home to pay respect to the dead and spend time with often-elderly relatives.

In a sign that the situation can no longer be ignored, local officials are starting to backtrack on economic re-opening. Osaka has asked people to refrain from dining in groups of five or more. In Tokyo, restaurants, bars and karaoke shops have been asked to shorten operating hours. Governor Yuriko Koike has threatened to declare another state of emergency for the capital. Okinawa has already done so

“The central government hasn’t shown clear guidance and a clear strategy on what to do about Covid-19, and is pushing the responsibility to the local government,” said Haruka Sakamoto, a public health researcher at the University of Tokyo. “In ordinary times, the government is very centralized, and usually prefectures don’t have strong opinions.”

Some think the steps don’t go far enough. Haruo Ozaki, the head of the Tokyo Medical Association, called on Thursday for the government to revise legislation so it can legally force businesses to close.

“This is our last chance to mitigate the spread of infection,” he said.

–With assistance from Chloe Whiteaker.