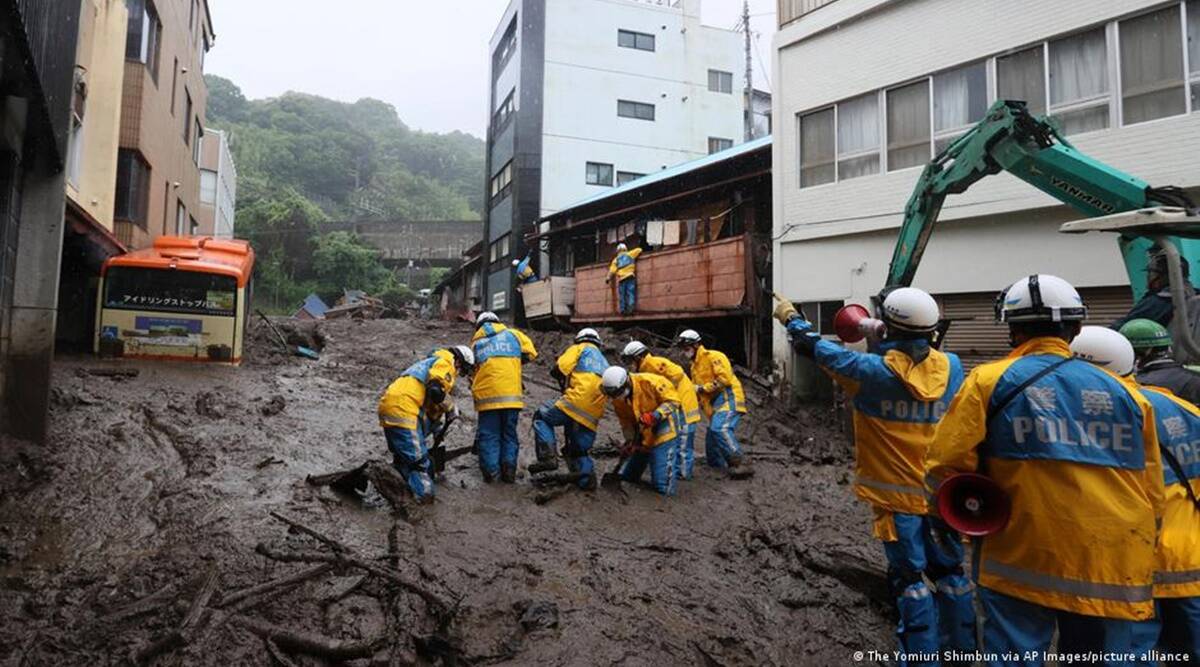 Twenty people are still missing after Saturday's landslides in the coastal city of Atami. Prime Minister Suga and his cabinet have met to discuss the situation while rescue efforts have been hindered by further rainfall. Suga asked those in the affected areas to remain on alert while also warning citizens in the central and eastern parts of the country that they could be caught in further rains.

Some 1,000 rescue workers stop due to rain

An estimated 1,000 people, including members of the military, were a part of the search operations that were halted on Sunday morning due to persistent rain.

The landslides occurred in Atami on a steep slope into a bay at around 10:30 a.m. (0130 GMT) on Saturday, killing at least two women.

Ten houses were destroyed and up to 300 others were damaged.

The floods are a stark reminder of the natural disasters, including earthquakes, volcanoes and tsunami, that regularly plague Japan, where the capital Tokyo is to host the summer Olympic Games, starting later this month.