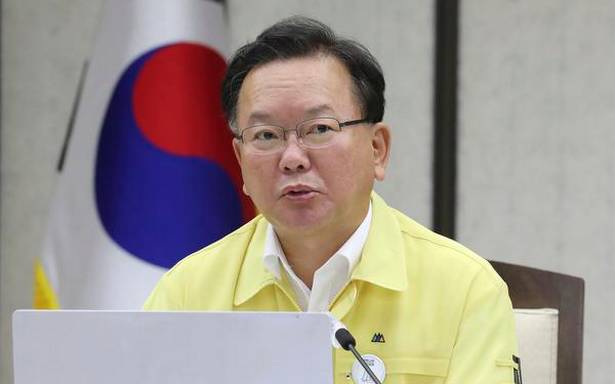 The Defense Ministry says 247 of the destroyer’s 301 crew members have been infected.

South Korea’s Prime Minister has offered a public apology over a large-scale coronavirus outbreak on a destroyer on an anti-piracy mission off East Africa.

Prime Minister Kim Boo-kyum said on Tuesday the government is “very sorry for failing to carefully take care of the health of our soldiers who are devoting themselves to the country.”

The Defense Ministry says 247 of the destroyer’s 301 crew members have been infected. It’s the largest cluster for South Korea’s military since the pandemic began.