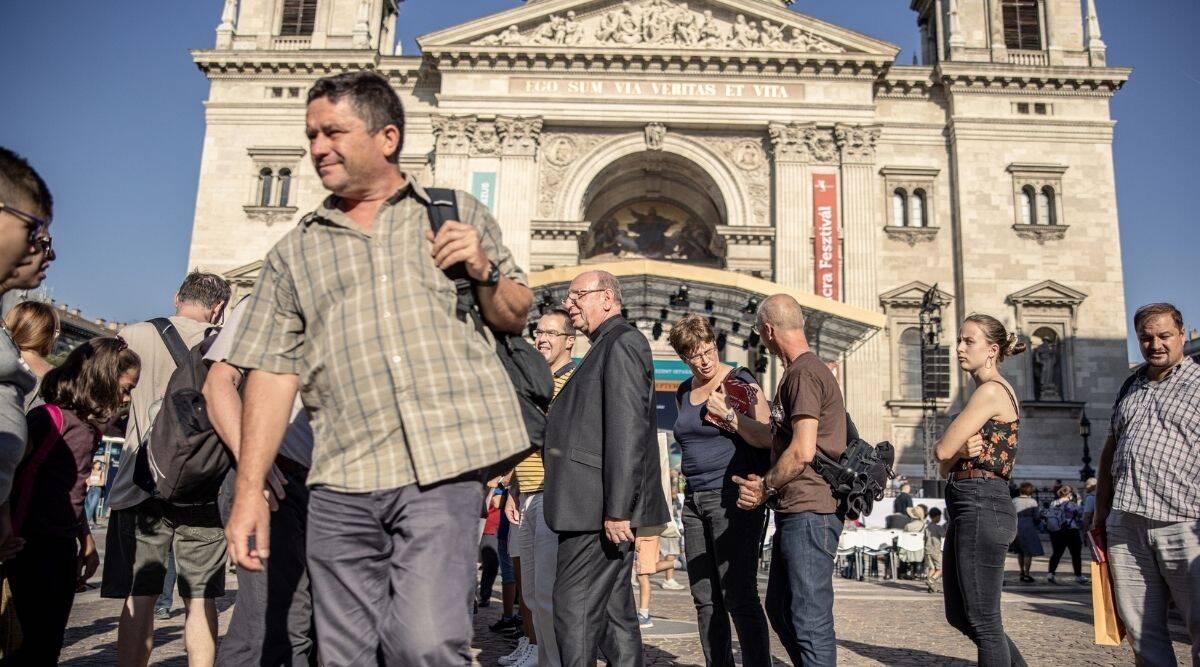 On Sunday, Orban will get a visit from the leader of the Roman Catholic world himself when Pope Francis drops into town to celebrate Mass. 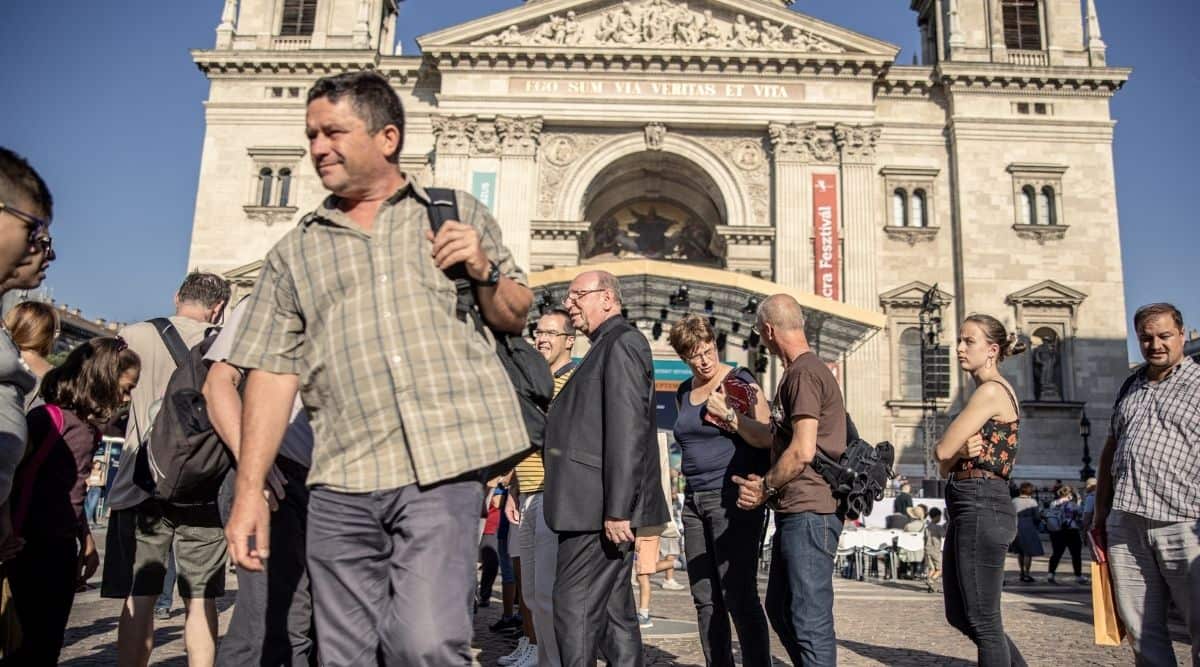 Prime Minister Viktor Orban of Hungary portrays himself as the defender of Christian Europe against migrants and multiculturalism. After years of his weakening of democratic institutions, the far-right strongman has prepared for coming elections in Catholic-majority Hungary by strengthening his links to Catholic traditionalists in Europe and the United States.

On Sunday, Orban will get a visit from the leader of the Roman Catholic world himself when Pope Francis drops into town to celebrate Mass. Allies of Orban, who is increasingly isolated and rarely receives high-profile visits from Western leaders, desperately sought to ensure face time with the pontiff, and the Vatican has confirmed a private courtesy meeting before the Mass.

But it is also possible, people close to Francis say, that Orban might get more than he asked for when he meets with perhaps the globe’s leading champion of migrants and a clear voice against creeping authoritarianism and nationalism in Europe.

“One of my ways is not to go around with a script,” Francis said in an interview with Spanish radio network COPE last month when asked what he expected to say to Orban. “When I am in front of a person, I look him in the eyes and let things come out.”

Whether Francis reads Orban the riot act on his first trip to Hungary — and his first trip abroad after major colon surgery in July — the meeting between two leaders with starkly different visions for Europe has already set off its fair share of intrigue, drama and name-calling.

Francis originally had planned to visit Budapest for only a few hours, before continuing on for three full days to neighboring Slovakia, which is led by a young, pro-environment woman.

The Vatican tried to lower the temperature by knocking down the notion — first floated by Francis and later amplified in conservative Catholic media outlets — that a meeting with Orban was ever in doubt. The visit to Hungary was of layover length, the Vatican said, because it was spiritual in nature, with the pope there to preside over the final Mass of a weeklong Catholic Congress.

But the disparity between the duration of the trips to Hungary and Slovakia, Francis’ allies suggested, was perhaps no accident.

“You can interpret the fact that he is not making a long visit,” said the Rev. Antonio Spadaro, a Jesuit priest and confidant of Francis who will travel with him. “It is a short visit. Also, this can have a significance.”

Spadaro said he had no idea what Francis would say to the prime minister, but he expected the real message to Orban about his government’s policies would come after their private encounter, when the pope addresses about 35 Hungarian bishops.

“The confrontation with the country will happen at the moment he speaks to its bishops,” said Spadaro, adding that he would most likely address the context, and the government, within which his bishops had to operate. “That’s the right space for it.”

After years of surging populism, when Orban and other nationalists seemed on the upswing and Francis found himself in the political wilderness, the pope again has prominent allies in the United States and throughout Europe on issues like climate change.

But many of Hungary’s bishops are torn between their pontiff, who wants his priests to be on the front lines helping migrants and the destitute, and an Orban government, which showers the church with millions of dollars in subsidies for restorations and schools; enacts what the government calls pro-family “Christian” policies; and establishes offices to protect persecuted Christians in far-off lands.

“The primary problem is that the big funding from the government is compromising the church’s independence,” said Bishop Miklos Beer, one of Hungary’s few bishops willing to speak critically of Orban. “There is silence on the part of the church on the issue of migration, and this is the issue where we need” to represent what the pope says, he added.

That lack of independence was dangerous, Beer said Friday, because it potentially tied the Hungarian church’s fate and financial assistance to Orban’s electoral success. He said that Orban was perilously wrapping himself in Christian imagery; reaching out to Catholic traditionalists, many of whom oppose Francis; and seeking to meet the pope — all to win the election expected in April.

“I don’t think there is any question about how he hopes to protect his voter base,” Beer said.

And there is no doubt, either, in how Orban’s voter base in the church is protecting the prime minister.

Speaking at the headquarters of the 52nd International Eucharistic Congress, which Budapest is hosting, one of the event’s organizers, the Rev. Kornel Fabry, said Friday that he did not think Orban and Francis were “so far from one another.” He argued that Francis would agree with Orban on valuing family and country before outsiders. (Francis has essentially said the opposite, stipulating that caring for migrants and the poor was as holy as opposing abortion.)

“They want to protect Christian values,” Fabry said of Orban’s government. He defended Orban from accusations of demagogy and dictatorship, arguing that there were “more and more followers of Orban” in Europe, despite the fact that his allies in Italy and Germany have lost ground.

The government’s talking points have also trickled down to priests in the city’s churches.

“It’s not only about opening up doors to the outside, but how we can strengthen the church from the inside,” said the Rev. Kazmer Karpati, a priest at a Franciscan church in central Budapest, who said his order had benefited from the largesse of the state. He was happy Orban was meeting the pope, so that “the two better understand each other.”

Some Hungarian clerics worked hard to ensure that the meeting happened and that the pope stayed as long as possible.

Asked about his role in extending the pope’s trip so Francis could meet local authorities, Cardinal Peter Erdo, Hungary’s most powerful prelate, said in an email that “the fact that the Holy Father, despite his brief time, could meet the representatives from the political world” as well as leaders of other faiths is a “great sign of his friendship.”

Monsignor Norbert Nemeth, an adviser to the Hungarian Embassy to the Holy See, said he worked with the Vatican on preparing the pope’s trip.

“The Hungarian bishops wanted him to stay longer, for the afternoon and even the next day,” said Nemeth, who insisted that a meeting with Orban was always on the books because the pope “could not avoid these meetings of protocol.” He added that Francis “is not meeting a person who doesn’t accept Christian values.”

“To the contrary,” Nemeth said, “this government is really very Christian and helps the church in Hungary.”

Still, he acknowledged, “the first program had other encounters, other places of meeting.”

He said the Vatican told the Hungarians to keep the pope’s visit centered next to the Square of the Heroes, where Sunday’s Mass is scheduled.

“We wanted to help the Holy Father in this sense, because he is elderly and just had a surgery,” Nemeth said.

After about seven hours in Budapest, Francis will spend the following three days on planes and in motorcades traversing much of Slovakia in an exhausting schedule of speeches and meetings. “So we sacrificed his trip a little,” Nemeth said, “according to the wishes of the Holy See.”