This year, two Nobel prizes for literature were announced – one for 2019 and one for the last year. The 2018 award was postponed following sex abuse allegations that had rocked the Swedish Academy. 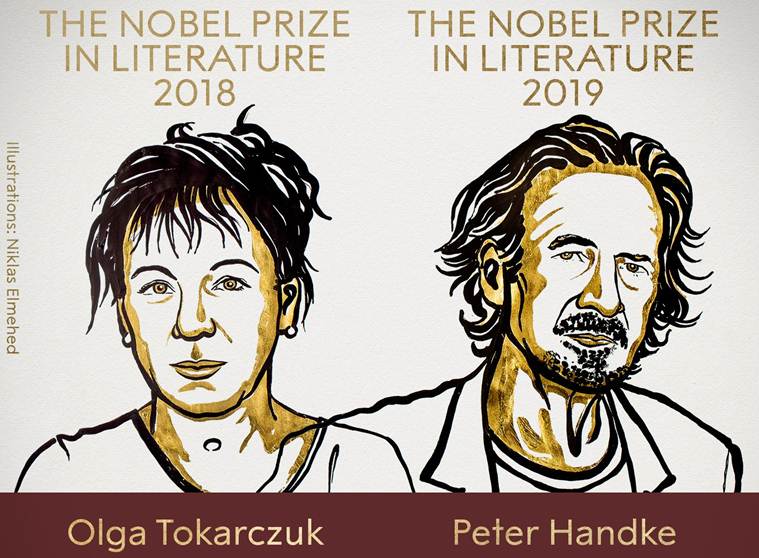 Austrian author Peter Handke is the winner of Nobel in literature this year and the postponed award for 2018 went to Polish author Olga Tokarczuk. Two Nobel Prizes in literature were announced Thursday as the 2018 award was delayed by one year following sex abuse allegations that had rocked the Swedish Academy.

Peter Handke was awarded “for an influential work that with linguistic ingenuity has explored the periphery and specificity of human experience,” the Academy mentioned.

Handke “has established himself as one of the most influential writers in Europe after the Second World War.” His works are filled with a strong desire to discover and to make his discoveries come to life by finding new literary expressions for them, the Academy said. He has written novels like A Sorrow Beyond Dreams, Short Letter, Long Farewell.

2018 Nobel winner Olga Tokarczuk was awarded “for a narrative imagination that with encyclopedic passion represents the crossing of boundaries as a form of life”. The author of Flights, she had also won the prestigious Man Booker International Prize last year.

During the #MeToo campaign in 2017, 18 women accused French-Swedish photographer and one of Sweden’s leading cultural personalities, Jean-Claude Arnault, of sexually harassing them over a period of more than 20 years. Arnault is married to the influential Swedish poet and writer Katarina Frostenson, who was then a long-time member of the Swedish Academy.

On Wednesday, three scientists won Nobel in Chemistry for their pioneering work leading to the development of lithium-ion batteries. On Tuesday, the physics award was given to a Canadian-American and two Swiss, and on Monday the Physiology or Medicine award went to two Americans and one British scientist.

The Nobel Peace Prize will be announced on Friday and the economics award on Monday.