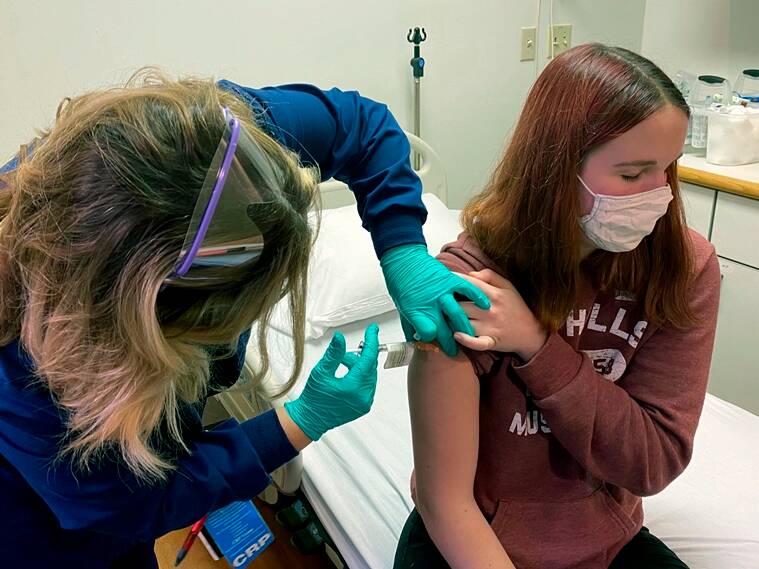 Families are confronting difficult situations, now that most schools have reopened after as many as 13 months of remote teaching. 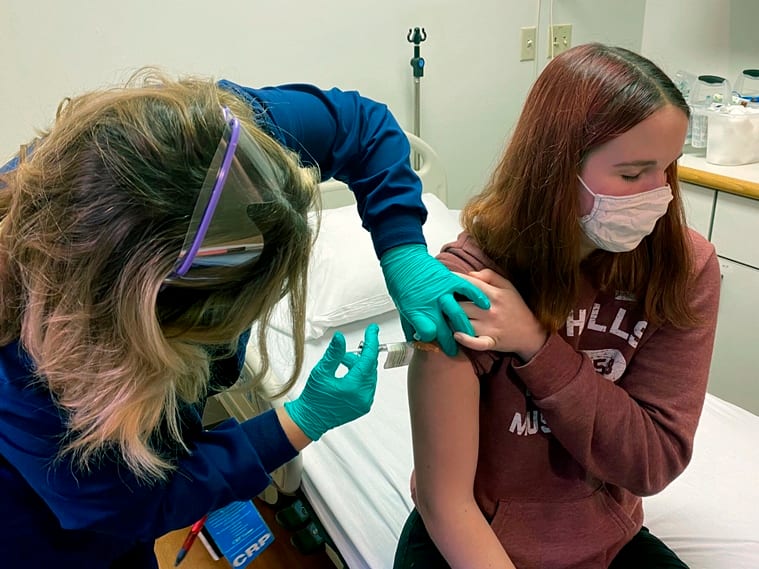 Leng Vong Reiff had just received her second dose of a COVID-19 vaccine and thought guiltily of her two young, unvaccinated sons. So she began banging away at her keyboard.

Like countless parents across the nation, she was searching for vaccine clinical trials for children. She managed to find one, applied and got a call back.

“They said that a clinic in Nebraska had an opening right now, four hours away,” she recalled. Better yet, this was a placebo-free trial, so she knew her sons would be given the bona fide vaccine.

A resident of Clive, Iowa, Vong Reiff bundled Logan, 9, and Quentin, 5, into her car and raced west on Interstate 80 to the clinic, where her sons received their first shots of the Pfizer vaccine. They returned three weeks later for their second shots, protecting them for the school year ahead. And they will go back in December for antibody testing.

Families are confronting difficult situations, now that most schools have reopened after as many as 13 months of remote teaching. As the highly contagious delta variant has taken hold, dozens of schools around the country have closed classrooms or paused sessions, especially in states with low vaccination rates.

Forty-eight million children in the United States are under 12 and not eligible yet for a vaccine endorsed by the Food and Drug Administration.

And about 252,000 children, including teenagers, tested positive in early September, the largest number of such cases since the start of the pandemic, according to an American Academy of Pediatrics analysis.

Of those 12 through 17 who are eligible to get a COVID-19 shot, roughly 54% have received at least one dose. But public health experts say it will be months before the FDA decides whether the results of various clinical trials for those who are 5 to 11 and 2 to 5 merit authorizing the shots for the youngest age groups.

With few options other than taking precautions like mask-wearing, some parents have even sought, through their pediatricians, off-label shots that are adult doses, a practice the FDA discouraged Friday. The agency warned that “children are not small adults,” and that the adult doses now in wide use have not been fully studied for potential safety risks in younger children.

Parental anxiety has fueled the demand for slots in children’s vaccine trials and made appointments scarce. Pfizer, for instance, is fully booked in its clinical trial, a spokesperson said.

So Vong Reiff most likely nabbed a cancellation slot in Nebraska.

Dr. Tina Sosa, a mother of two, did not have to travel far to get her son vaccinated in a trial. A pediatric hospitalist, Sosa was on a fellowship at Cincinnati Children’s Hospital Medical Center when Pfizer began a trial there.

Her older son, Brandon, 3, had no side effects from the two shots he received in April, she said. “I even squeezed his arm and asked did it hurt, and he said no.”

Sosa has since moved to Rochester, New York, where she works at the University of Rochester Medical Center. Her 7-month-old son, Leo, is to begin a Moderna trial next month, while Brandon will follow up on his trial in Cincinnati via an app and telephone, Sosa said.

Impatient parents who are seeking off-label adult shots for their children concern officials like Dr. Sean O’Leary, vice chair of the committee on infectious diseases at the American Academy of Pediatrics.

“It’s a bit of the Wild West out there,” said O’Leary, a professor of pediatrics at the University of Colorado Anschutz Medical Campus and Children’s Hospital Colorado.

Jennifer Macklom of Cedar Park, Texas, was determined to get her three daughters enrolled in a trial. Haunting her were the memories of 2016, when her daughter Miriam had grown sick with an adenovirus at age 2 1/2. Simultaneously, her daughter Naomi, who was only 6 weeks old at the time, contracted a form of the coronavirus that predated COVID-19.

Miriam was taken by ambulance to the Dell Children’s Medical Center in Austin, Texas. Naomi was admitted through its emergency room.

Both girls were hooked up on oxygen and feeding tubes at the same time, Macklom recalled.

“I said, ‘I can’t do that again. I can’t emotionally have anyone I love or even know be hooked up to one of these things,’” said Macklom, a high school mathematics teacher.

So, with the advent of the pandemic, she conferred with her pediatrician, and all three children landed on a waiting list for a vaccine trial. Miriam is now 8, Naomi, 5, and Ruth, 2.

Five months passed. Then the phone rang, and Macklom learned that her daughters were at the top of the list to receive the Pfizer vaccine at a branch of Austin Regional Clinic, in central Texas.

So many parents were interested in that trial for the under-12 age group that the staff had no need to recruit them, according to Heidi Shalev, a clinic spokesperson.

Ruth was too young for vaccinations at that site. Now, to avoid the risk of contracting the virus at day care, she is spending weekdays with Macklom’s parents.

Miriam and Naomi got their two shots. They don’t know if they contained the vaccine, since this trial called for one-third of shots to be a placebo. The children had to wait for an hour after the injections, and the staff gave them a coloring book and rice crispy treats.

The girls will learn in early winter if they got the vaccine or the placebo. If it was the placebo, they will receive shots of the real stuff.

“Getting in the study was so life-changing,” Macklom said. “We actually went out camping.”

Vong Reiff, who owns her own marketing firm, also decided to enroll her sons in the trial to protect her husband, who underwent surgery and radiation for nonmalignant meningioma, she said.

In mid-August, the entire family headed to Maine, to Bar Harbor and Acadia National Park, and then to Boston for a duck boat tour.

“Had the boys not been vaccinated, we wouldn’t have gone,” Vong Reiff said. “For us, it was a kind of celebration to be vaccinated, slowly getting back to who we were.”