‘U.S. military must use its existing capabilities, build new ones’

In his first major speech as Pentagon chief, Lloyd Austin on Friday called for developing a “new vision” for American defence in the face of emerging cyber and space threats and the prospect of fighting bigger wars.

Reflecting U.S. President Joe Biden’s promise to put diplomacy first in dealing with foreign policy problems, Mr. Austin said the military should provide leverage that diplomats can use to prevent conflict. His comments suggested a contrast with what critics call the militarisation of U.S. foreign policy in recent decades.

“U.S. military isn’t meant to stand apart, but to buttress U.S. diplomacy and advance a foreign policy that employs all of our instruments of national power,” Austin said.

Mr. Austin cautioned that the U.S. military cannot be satisfied with believing it is the strongest and most capability military in the world today — “not at a time when our potential adversaries are very deliberately working to blunt our edge.” He appeared to be referring to China, which other officials say has accelerated its military modernisation and sped up its construction of a wide range of sophisticated weaponry while the U.S. was focused for two decades on combatting extremists.

“The way that we fight the next major war is going to look very different from the way that we fought the last ones,” he said. “We all need to drive toward a new vision of what it means to defend our nation.”

The U.S. military must use existing capabilities, develop new ones, and use all of them in new and networked ways — “hand in hand with our allies and partners.”

“It’s always easier to stamp out a small ember than to put out a raging fire,” he said. 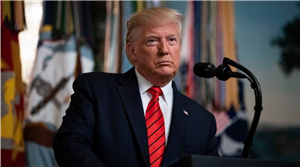