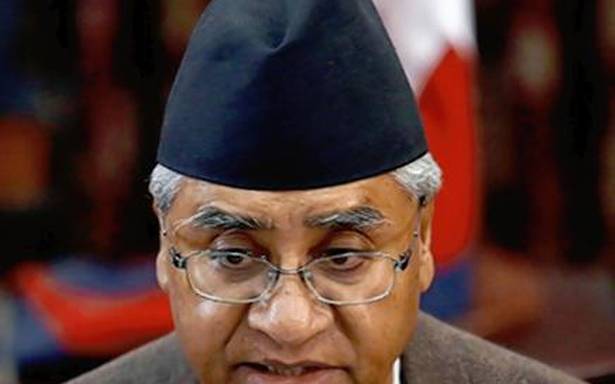 The government of Prime Minister Deuba on August 18 passed an ordinance that allows split in a political party with the support of 20 percent central committee or parliamentary party members.

The Prime Minister of Nepal Sher Bahadur Deuba has launched a silent campaign against former PM K. P. Sharma Oli that is fast reconfiguring the political set up in Nepal, said a leading member of Mr Oli’s party, CPN-UML. The allegation by Dr Rajan Bhattarai, the chief of the foreign affairs cell of the party came on a day when Dr Vijay Chauthaiwale of Bharatiya Janata Party’s foreign affairs cell held extensive discussion on the changing political scenario of Nepal.

"He has changed the rules of formation of Nepal’s political parties and helped Madhav Kumar Nepal in splitting away from CPN-UML. This was done to reduce the size and influence of our party which is the largest communist party of Nepal. This is aimed at strengthening the position of the government," said Rajan Bhattarai explaining that the move will have widespread ramification in Nepal’s political system. The government of Prime Minister Deuba on August 18 passed an ordinance that allows split in a political party with the support of 20 percent central committee or parliamentary party members. Earlier the requirement for registering a new party was support from 40 percent members of central committee or parliamentary party.

The ordinance has benefited former PM Madhav Kumar Nepal who was among the main challengers against Mr Oli and created a series of political crises for Mr Oli that ultimately led to his dismissal by the Supreme Court of Nepal. Mr Nepal has formed a separate party. The ordinance is expected to reconfigure the setting of the political parties in Nepal and influence the equation between the government of Mr Deuba and the rest of the political class.

In the midst of the ongoing reconfiguration of Nepal’s political elite, the in charge of BJP’s foreign affairs cell Dr Vijay Chauthaiwale held a meeting with the leaders of several political parties in Kathmandu. Dr Chauthaiwale is the first high level Indian delegate since the August 18 amendment was passed by the Deuba government. The opposition led by CPN-UML has been criticising the amendment as a move to corner more political power.

"In last 24 hours, I met four seniormost leaders of Nepal, Sher Bahadur Deuba, KP Sharma Oli, Pushpa Kamal Dahal Prachanda and Mahanta Thakur Ji, representing diverse ideological and political spectrum," said Mr Chauthaiwale in a social media message. While Mr Bhattarai denied that domestic political developments of the last few days were discussed with Mr Chauthaiwale, the latter in a tweet said that all the Nepalese leaders are “committed to the same goal and expressed desire to have continuous dialogue at party to party level. The choice of the leaders that Mr Chauthaiwale met indicates that the unfolding political scenario was probably discussed with the Indian side.

While the ordinance has hurt the prospects of Mr Oli, and given a political rebirth to Madhav Kumar Nepal, it will also help Madhesi leader Mahanta Thakur who is in a difficult spot in the Janata Samajbadi Party. It is expected that following Mr Nepal, Mr Thakur will also form a new party.