Protesters wanted to march against Beijing’s imposition of a sweeping national security law on June 30 and demand the return of 12 Hong Kong people China arrested at sea in August on their way to self-ruled Taiwan. 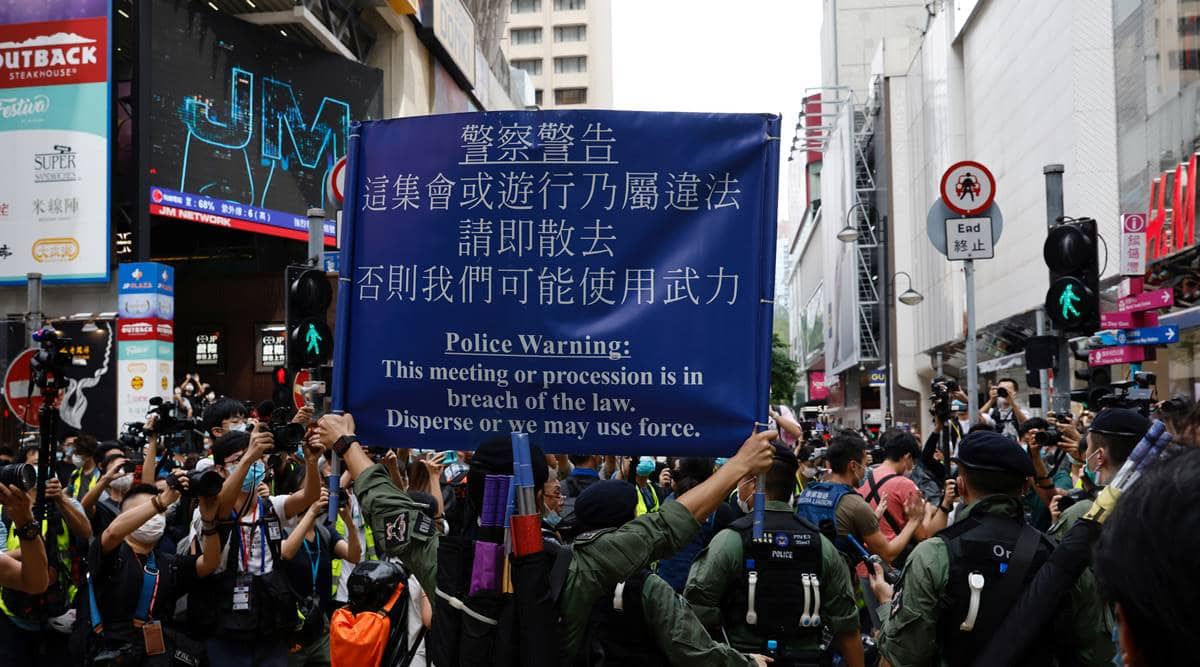 Hong Kong leader Carrie Lam cheered the city’s “return to stability” during China national day celebrations on Thursday, as hundreds of police in riot gear patrolled the route of a banned anti-government march by pro-democracy activists.

Protesters wanted to march against Beijing’s imposition of a sweeping national security law on June 30 and demand the return of 12 Hong Kong people China arrested at sea in August on their way to self-ruled Taiwan.

Lam attended a flag raising ceremony with other senior Hong Kong and mainland officials in a centre for exhibitions surrounded by police and security barriers.

“Over the past three months, the plain truth is, and it is obvious to see, that stability has been restored to society while national security has been safeguarded, and our people can continue to enjoy their basic rights and freedoms,” Lam said. 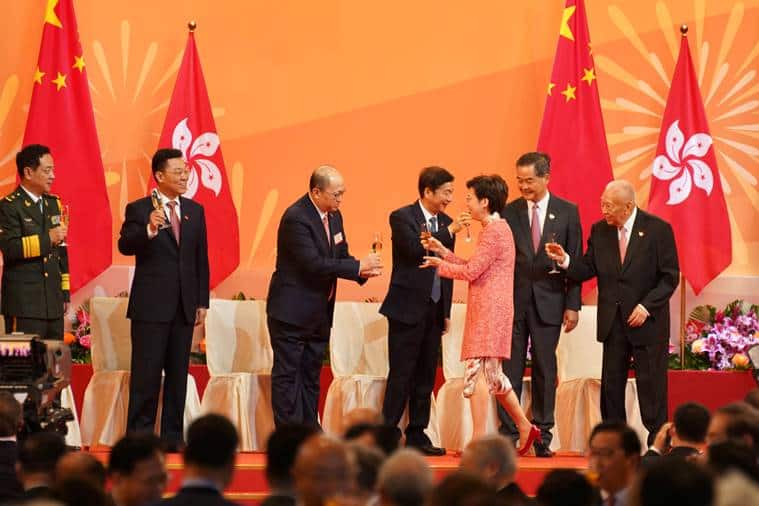 As she spoke, groups of officers in riot gear conducted stop-and-search operations along an expected marching route linking the prime shopping district of Causeway Bay with the administrative Admiralty district.

At the 2.00 pm start time of the planned protest, which was banned by police citing the coronavirus and violence at previous marches, there was little sign of crowds gathering, although streets were crammed with riot police and reporters.

Police sent away any people who looked suspicious to them: one teenager playing protest songs into a woodwind instrument; a man dressed in black and holding a yellow balloon — colours associated with pro-democracy supporters; a woman holding a copy of the Apple Daily anti-government tabloid.

“Hong Kong people have been sad and disappointed for a year. This is meant to be a holiday and the streets are full of police,” said 52-year-old Mandy as she was shopping with her husband.

“People are in no mood to celebrate. The government is using the national security laws and the pandemic to suppress our hearts.” 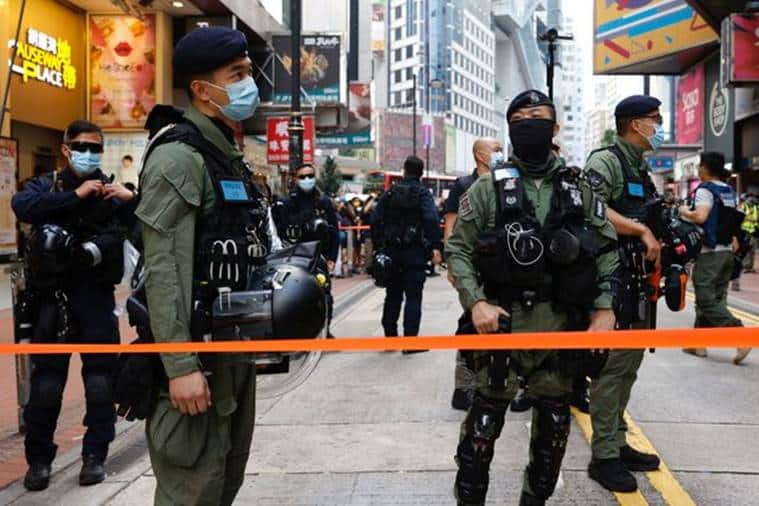 Anti-government protests, which often turned violent in 2019, have been smaller and fewer this year due to coronavirus restrictions on group gatherings and fears of arrest under the new security law.

The law punishes anything China considers as subversion, separatism, terrorism and collusion with foreign forces with up to life in prison and gives police and Chinese security agents broad powers.

Four members of the League of Social Democrats, led by veteran activist Leung Kwok-hung, known as Long Hair, marched holding a banner reading “There is no national day celebration, only national mourning.” Four is the maximum number of people allowed to gather under coronavirus restrictions.

A sore point for democracy supporters has been the capture of 12 Hong Kong people by Chinese authorities, now in detention in the mainland city of Shenzhen, having been arrested for illegal border crossing and organising cross-border crimes.

All were suspected of committing crimes in Hong Kong related to last year’s protests.

Their arrest has compounded the fears of many in Hong Kong about what they see as China’s determination to end any push for greater democracy in the financial hub.

The October 1 China national day is resented by many democracy supporters who say Beijing is eroding the wide-ranging liberties the former British colony was promised when it returned to Chinese rule in 1997.

For pro-Beijing supporters, it is an opportunity to drum up patriotism in China’s most restive city.

At the flag raising ceremony, Lam praised China’s success in curbing the coronavirus and its economic recovery, calling it “a rare bright spot” which “has shown once again the shift of the global economic focus from the West to the East.”