Lee Hsien Loong highlighted how this year in Singapore, the authorities arrested two self-radicalised Singaporean youths who were preparing lone-wolf attacks — one on a synagogue and the other on a mosque. 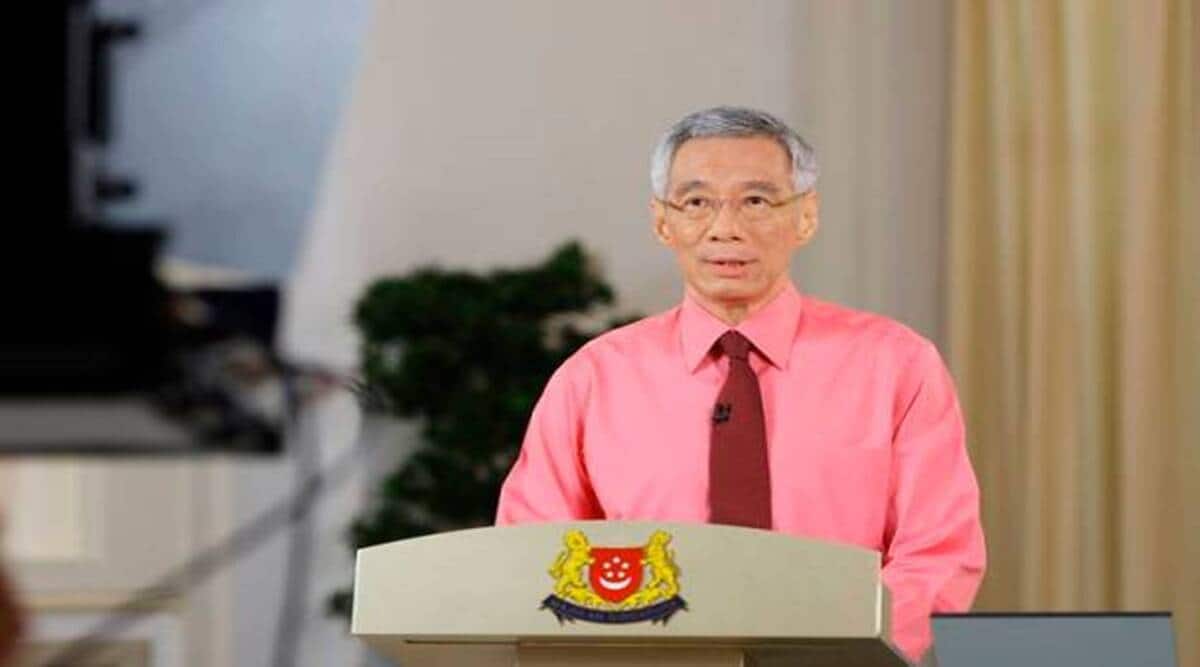 Singapore Prime Minister Lee Hsien Loong warned on Saturday that the fight against terrorism is “far from over” two decades after the 9/11 attack in the United States, and that terrorist groups in faraway places were serious threats to Singapore.

“Terrorist groups in these faraway places were serious threats to Singapore,” he said in a commentary published on the 20th anniversary of the Al-Qaeda attacks in the United States.

“Al-Qaeda was succeeded by ISIS, which has lost physical territory but continues to operate, including online. Lone-wolf attackers have self-radicalised on the internet.”

Lee highlighted how this year in Singapore, the authorities arrested two self-radicalised Singaporean youths who were preparing lone-wolf attacks — one on a synagogue and the other on a mosque.

“And now that the US has left Afghanistan, we will have to watch closely how the situation there develops, whether groups based in Afghanistan will again threaten our security, and where else new fronts of terrorism may emerge,” he said.

At the same time, Singapore’s racial harmony is still a work in progress, said Lee of the city state’s multi-racial society.

“9/11 showed how powerful are the forces that can pull us apart, and how careful we must be when making any changes to the formula that has delivered racial and religious harmony for Singapore,” wrote the prime minister in the commentary.

“Never assume we have overcome for good the tendency of people to identify with their own racial and religious groups. We have to keep on bringing all the communities closer together, and from time to time adjust the delicate balance that the different communities have reached,” the Channel News Asia quoted Lee from the commentary.

Internationally, Singapore cooperated with other countries to share intelligence and to “fight a common scourge”. The Singapore Armed Forces participated in the International Security Assistance Force in Afghanistan, and contributed to the Global Coalition to Defeat ISIS in Iraq, he said.

But terrorism was a greater threat to the country’s mutual trust and social cohesion, said Lee.

In the face of such extremism, and especially after several Singaporean members of the JI were detained, non-Muslims in Singapore could easily have become fearful and suspicious of their Muslim neighbours, colleagues and friends, Lee said.

Muslims, in turn feeling distrusted and threatened, could have closed in on themselves.

“We would have been divided by race and religion. And if an attack had actually taken place here, our society could have been torn apart.”

Instead, Singaporeans “instinctively pulled together”, and responded strongly and cohesively to keep themselves safe, said Lee.

Community and religious leaders from all groups and faiths came out to condemn the terrorist attacks, and stood in solidarity with one another.

“In particular, Muslim leaders were forthright in repudiating the terrorists, and they guided the community on the true teachings of Islam. Non-Muslim leaders too spoke up in support of religious tolerance and to express confidence in their fellow Singaporeans,” he said.

The government held open discussions with leaders of all groups and closed door briefings to the key leaders, to share with them sensitive intelligence and threat assessments.

“Because we did all this, our racial and religious harmony held, and indeed strengthened. This was vital, as the threat was real and continuing, said Lee, as he listed attacks and threats in the years since, including the Bali bombings, attacks in Jakarta, Kuala Lumpur and Bangkok, and the siege of Marawi in Southern Philippines.

Singapore, too, remains a prime target, he said. More than once, terrorists planned attacks on Singapore, including one to hijack and crash an airliner into the Changi Airport control tower, and another to launch rockets at Marina Bay Sands from Batam, an Indonesia island about an hour boat ride from the city state.

“The price of security is eternal vigilance. The price of harmony is an unflagging effort to uphold and realise ever more fully our nation’s founding ideal to become one people, regardless of race, language, or religion,” said Lee.

“Singaporeans’ shared experience of 9/11 and its aftermath is another formative chapter in our nation building journey. On its 20th anniversary, let us resolve to fortify ourselves so that should we ever face another such test one day, we will come through again, stronger, as one united people,” he added.