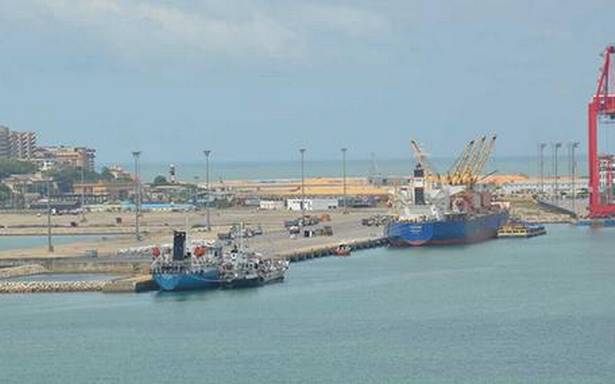 Sri Lanka has decided to rope in China Harbour Engineering Company (CHEC) to construct the second phase of the Colombo Port’s East Container Terminal (ECT), which was earlier to be developed jointly by Sri Lanka, India and Japan, until Colombo reneged on a 2019 trilateral agreement.

In a Cabinet decision taken on Tuesday, Colombo approved the development of the strategic port terminal in stages, to be “totally operated” by the Sri Lanka Ports Authority. Prominent Sri Lankan firm Access Engineering and CHEC have won the bid to construct the facility, the Department of Government Information said in a statement.

CHEC, a subsidiary of the state-owned China Communications Construction Company, is already involved in strategic infrastructure projects in Sri Lanka, including the $1-billion Colombo Port City coming up near Galle Face — the capital’s iconic seafront — and a four-lane elevated highway connecting Colombo’s suburbs, with a near-$1-billion investment. The terms of the highway deal allow the state-run Chinese firm to own and run the highway for 15 years before transferring ownership to Sri Lanka.

CHEC’s role at the ECT appears limited to civil works, according to sources familiar with the tendering process. The Ministry of Port and Shipping, in its invitation for international bids, said only firms with a domestic majority ownership — over 51% of the state held by Sri Lankan nationals — were eligible to participate. The ECT’s development would require construction of an additional 700-metre-long quay wall and infrastructure around it, that was earlier estimated to cost at least $700 million.

While India and Japan had earlier agreed to bring in the investment, involving India’s Adani Group, the Rajapaksa administration in February scrapped the deal signed by the former Sirisena-Wickremesinghe Government with New Delhi, citing resistance from port worker unions, and the Adani Group’s refusal to agree to the terms set by Sri Lanka. India and Japan were quick to express their displeasure.

Explained | From East to West: Colombo’s ‘compromise’ with New Delhi in Port project

Within weeks, Sri Lanka offered the West Container Terminal development project at the same port to the Adani Group, with no known tendering process, in what Colombo called “a compromise”. The group’s chairman, Gautam Adani, was in Colombo last month to meet with the Sri Lankan leadership to discuss the project and potential investment in Sri Lanka’s energy sector.