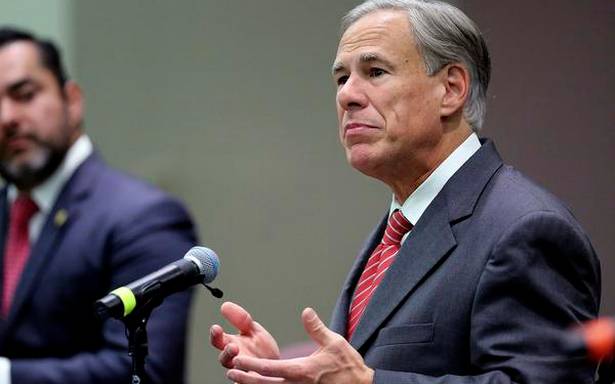 Mr. Abbott told that he doesn’t think the audit is a waste of taxpayer money — despite the fact that Mr. Trump easily won the State over Mr. Biden

Mr. Trump’s demand came via an open letter addressed to Mr. Abbott on September 23, part of his continued baseless claim that he lost last November’s election to President Joe Biden because of electoral fraud.

On September 24 in Arizona, a review of results by Trump allies in that State’s most populous county reaffirmed that he lost the 2020 election there.

Mr. Abbott told Fox News that he doesn’t think the audit is a waste of taxpayer money — despite the fact that Mr. Trump easily won the State over Mr. Biden.

"There are audits of every aspect of government," Mr. Abbott said. "Why do we audit everything in this world, but people raise our hands in concern when we audit elections, which is fundamental to our democracy?"

After Trump issued his letter on September 23, Texas Secretaryof State Ken Paxton ordered an audit of four of the most populous Texas counties — Harris, Dallas, Tarrant and Collin counties. Of those counties, President Biden won the popular vote in Harris, Dallas and Tarrant counties, while Mr. Trump won in Collin.

Both Mr. Abbott and Mr. Paxton are facing re-election contests next year — and both have already been endorsed by Mr. Trump. The Governor has made several moves further to the right in recent months in attempts to fend off far-right rivals he’ll face in the primary.

Officials in the counties targeted for the audit told the Texas Tribune newspaper that they had not yet been informed how the audits would proceed or even why they are taking place.