Top Republican Senator Marco Rubio on Monday spoke with India's Ambassador to the US Taranjit Singh Sandhu and expressed solidarity with the people of India on the Chinese aggression. 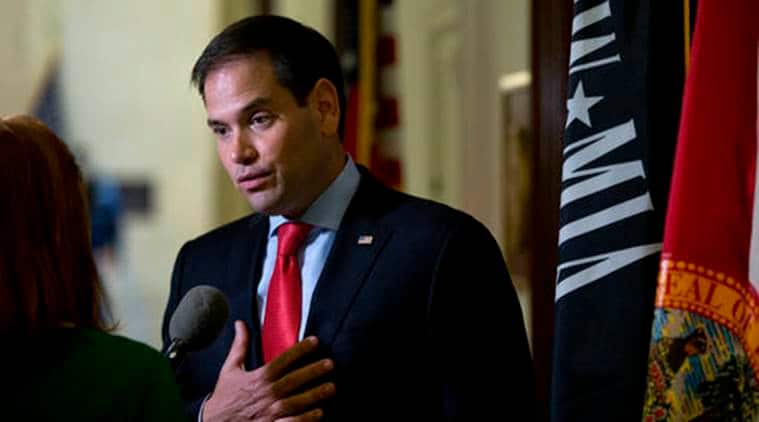 Top US senators have expressed solidarity with India as they slammed China for its “unwarranted and lawless armed aggression” against the country.

Top Republican Senator Marco Rubio on Monday spoke with India’s Ambassador to the US Taranjit Singh Sandhu and expressed solidarity with the people of India on the Chinese aggression.

“I spoke to Amb Sandhu to express our solidarity with the people of #India as they firmly confront unwarranted and lawless armed aggression by the Communist Party of China,” Rubio tweeted.

“India has made it clear, they will not be bullied by Beijing,” the top Republican Senator from Florida said.

On the Senate Floor, Senate Majority Leader Mitch McConnell, for the second time in less than a week, accused China of aggression against India.

A day earlier, Senator Tom Cotton slammed China for its aggression against India.

“China has resumed its submarine intrusions in the Japanese contiguous zones and picked deadly fights with India at high altitude,” the top Republican Senator from Arkansas said.

“Just go around the horn. You started in India, where, high up in the Himalayas, China has essentially invaded India, an ally of ours. And they have killed 20 Indian soldiers,” Cotton told Fox News.

The Indian and Chinese armies are locked in a bitter standoff in multiple locations in eastern Ladakh for the last several weeks, and the tension escalated manifold after 20 Indian soldiers were killed in a violent clash in the Galwan Valley on June 15.

The Chinese soldiers used stones, nail-studded sticks, iron rods and clubs in carrying out the brutal attacks on Indian soldiers after they protested the erection of a surveillance post by China on the Indian side of the Line of Actual Control (LAC) in Galwan.

The two sides are holding diplomatic and military-level talks to ease the situation along the LAC.