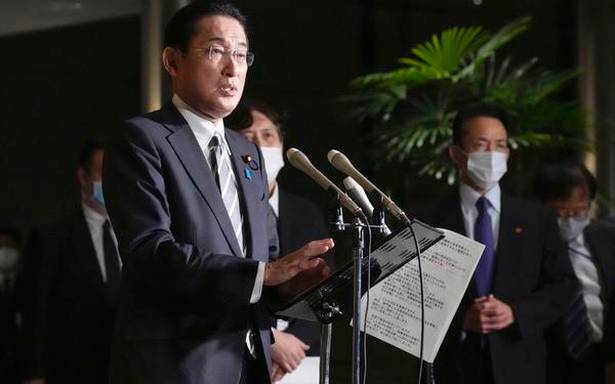 Japanese Prime Minister Fumio Kishida said Sunday that Japan and the U.S. have reached “a basic agreement” on banning the U.S. military from leaving its base grounds, amid growing worries about a sharp rise in coronavirus cases.

Mr. Kishida said American soldiers will stay on base “except when absolutely necessary,” which presumably means for emergencies or other security reasons. Details of the deal are still being worked out, he said.

New daily COVID-19 cases have surged recently in what medical experts call “the sixth wave.” New cases jumped above 8,000 on Saturday, a four-month record. The spike has been blamed on the U.S. military because the case increases are most pronounced in areas near the bases. Japan asked the U.S. for cooperation in keeping its military personnel on base last week.

A spokesman for U.S. Forces in Japan was not immediately available for comment on Mr. Kishida’s latest remarks.

Okinawa, a southwestern group of islands that houses most of the 55,000 U.S. troops, is among the three prefectures where new restrictions to curb the spread of infections kicked in Sunday.