For Indians studying in America, the November elections hold a crucial key in determining the immigration policies that the country might take in future. 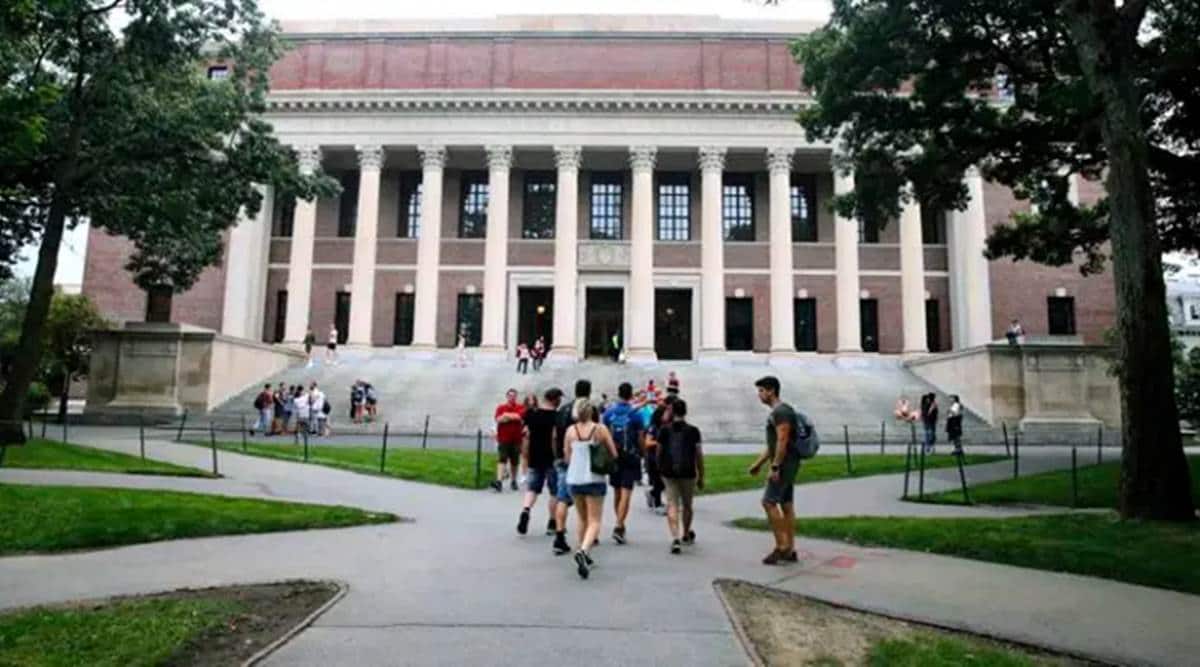 Last month when Faazil Khan arrived in New York for his Masters degree, the first thing he did was to take a quick cab ride to Downtown Manhattan for purchasing a laptop. The 23-year-old student of data journalism in Columbia University says he was star struck, as he passed through Manhattan, gazing wide-eyed at the Empire State building, the New York Times tower, the New Yorker building and other iconic skyscrapers of the city. “In the past one year, since I began with the application process, I have repeatedly looked up images of this city online. It almost feels surreal that I am here finally,” he says.

Khan says while every part of his application process had gone smoothly, and he was elated the day he got the acceptance letter from his dream university, the first cause of worry for him came when in July the Donald Trump administration announced that international students taking classes online would have to go back to their home country on account of the pandemic. While the plan was overturned, it did come as a big setback for international students in America. In the days leading up to the presidential election, Khan, like most Indian students in the country, are watching closely the battle between the Republican nominee Donald Trump and Democrat Joe Biden. “This election is very important to international students, in terms of how we stand to be affected in the potential job market in this country,” says Khan.

For Indians studying in America, the November elections hold a crucial key in determining the immigration policies that the country might take in future. At present, Indians constitute the second largest group of international students in the US after China. As per the 2019 US Open Doors Report on International Educational Exchange, India sent more than 202,000 students to America at various levels of education in the years 2018-19, which was an increase of about three percent from the previous year. Reasons for applying to the US among students include the country housing several of the top ranking universities of the world, a sought-after academic environment, as well as better funding opportunities. However, developments over immigration policies and uncertainties with regard to Visa rules are some of the reasons why many Indians students are keenly awaiting the elections in November. “Honestly, when I was in India I never followed politics too closely. But after coming here, and looking at the way the current political climate affects international students and immigrants in general, I have been following the developments leading up to the elections very closely,” says Neha Gaikwad (27), who is studying Masters in Data Analytics at Bowling Green University in Ohio. Gaikwad moved to the US in March on a dependent visa with her husband, and is currently in the process of converting to a student visa. “I moved here because of my husband. But if I were to decide to come here on a student visa, looking at the current policies, I would definitely reconsider my choices and look out for options in other countries,” she says.

While the overruling of the July guidelines on international students came as a relief, a more recent proposal to set a four-year time limit on student visas that came out in September is being dreaded by international students. A 29-year-old student — name withheld on request — was busy packing for her flight to the US the following morning, when she hurriedly spoke to indianexpress.com over the phone. She received an acceptance to a PhD programme in March and had been delaying moving to the US till now on account of her concerns over the current Coronavirus situation. “In the middle of this raging pandemic, the directive on students having to move back had just compounded my concerns. While the matter got resolved soon, the impact on me personally was that I was extremely concerned about whether I would get my visa on time,” she says. Being a Phd student, she has been granted funding and a visa for five years, but worries that the recent proposal might mean that there would be further complications involved in ensuring that she can complete her fifth year of study. “Re-election of Trump is going to be disappointing since it would just mean more of the same things we are going through now,” she says.

“Almost everyone is looking at the present election as a ‘fix it’,” says Anandi Bandopadhyay, a doctoral student in the department of History at University of Washington, Seattle. For Bandopadhyay, the biggest changes brought about by the Trump administration have been in terms of “othering communities and bringing about racist immigration controls”. She refers to the series of executive orders made by the Trump administration to ban travel from predominantly Muslim countries to the US. “They sent shockwaves that put a lot of Indian students on guard and have forced most of us to rethink how we plan our research methods, dissertation timelines and job search,” she says.

The discriminatory nature of immigration policies came to the fore once again, more recently, when the Department of Homeland Security proposed a rule to restrict F1 visas to two years for students from 59 countries, which includes a large number of those from Africa, citing security concerns. “If they can restrict students from these countries, who can say these restriction won’t be extended to Indian students as well?” asks Rajorshi Das, who is doing a PhD in English Literature from University of Iowa.

Das says one of the direct impacts they have felt of Trump’s immigration policies is a recent decision taken by their university to temporarily halt diversity, equity and inclusion training programmes in light of a White House executive order on ‘combating race and sex stereotyping’ which was issued on September 22. “Already the university here is very white. Such decisions will affect all kinds of minorities, making the space far less inclusive. The classroom environment is bound to get worse,” they say. Concerns over limited prospects of being able to work in the US though, is something that a large majority of Indian students are hoping would be addressed after the elections. Siddhant Sharma (20), an undergraduate student in the University of Illinois at Urbana-Champaign, says, “students generally make a huge investment to study in America, and we naturally want a return on that investment by working there for at least a few years.” “If Trump does come back to power, I don’t think that our studies would be affected much, but I fear that there would be very limited scope for international workers,” he adds.

“I really hope that with the election, the rhetoric and norms around immigration changes,” says Shruti Mukherjee, an undergraduate student at Cornell University. “I find it bizarre that I could graduate from an Ivy League with an honours, but it would mean so little compared to an American who does that. I hope that the United States decides to not limit an individual to their nationality and rather consider their potential to add to the country’s economy,” she adds.

Khan, however, is of the belief that no matter who comes to power after the election, America is not a great choice to stay on for too long post one’s education. “I do not think that the US is a safe place, especially for people of colour and more so for Muslims. Gun violence, mass shootings, racism and white supremacy has been there in the US for decades. What can a new president do in four years?” he asks. 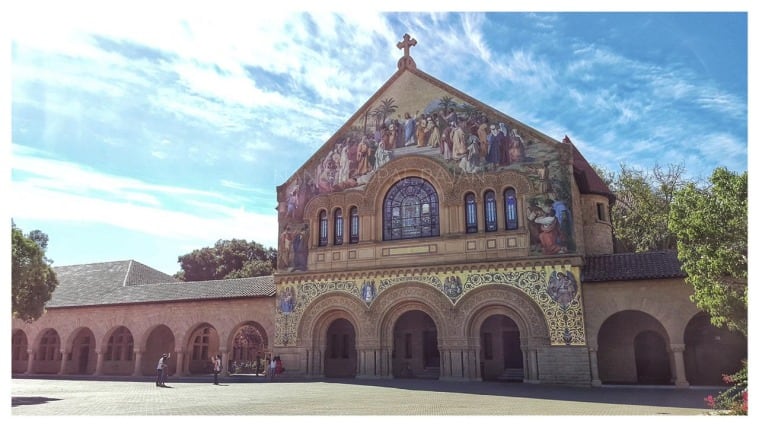 The fact that things must change after the elections is something that almost every international student agrees. But what are these changes expected under a Biden presidency, and how forcefully might it impact foreign relations with India is not too clear to most. “This question is a head-scratcher because various statements made by Trump or Biden would be constructed as anti-India depending on which agenda topic one addresses,” says Bandopadhyay. “While Biden’s campaign may sound more liberal than Trump’s, it is hardly adequate in terms of addressing the civil rights movement in America right now, and I am ambivalent about how it will play out in terms of diplomatic relations with India should he win the election.”

Naveen Kumar, an undergraduate student in Ohio agrees with Bandopadhyay that at various points Trump and Biden both have made comments that can be understood as anti-India. “If you remember, when the deal with India over Hydroxychloroquine was in the process, Trump had made a public statement that if India does not give the medicine they would have to face consequences. So, let’s be clear that no one is a friend,” he says. “But at least we can assume that under Biden the hate groups which are being encouraged under Trump would be silenced.” Immigration policies, better working conditions for internationals, and foreign policy with the home country are ofcourse long term changes that students hope to see after the election. In the immediate future though, the only thing on everyone’s mind is the government’s dealing with the Coronavirus situation.

“I really hope with a new presidential term, the first thing that happens is that the covid situation is taken more seriously and the government bases its policies more on science and data, especially since winter is on its way,” says Mukunth Raghavan (28), a second-year management student at the University of Chicago’s Booth school of business. Bandopadhyay too believes that immediate changes are needed in governance of the coronavirus situation. “The Federal government’s handling of this situation has been abysmal at best and dangerous at worst,” she says, adding that poor measures with regard to the pandemic has severely disrupted her travel and research plans.

Meanwhile, Das is desperately awaiting the November elections to take a call on visiting parents back in India. “Rules with regard to international travel are so unclear. I have been wanting to visit home for a while now, but will I be able to return is not something I am clear about,” they say. “I am just waiting for the election to get over, so that I can book my flight ticket to India.” Duterte says he can be held responsible for drug killings US elections 2020: Stage set for third presidential debate between Trump and Biden