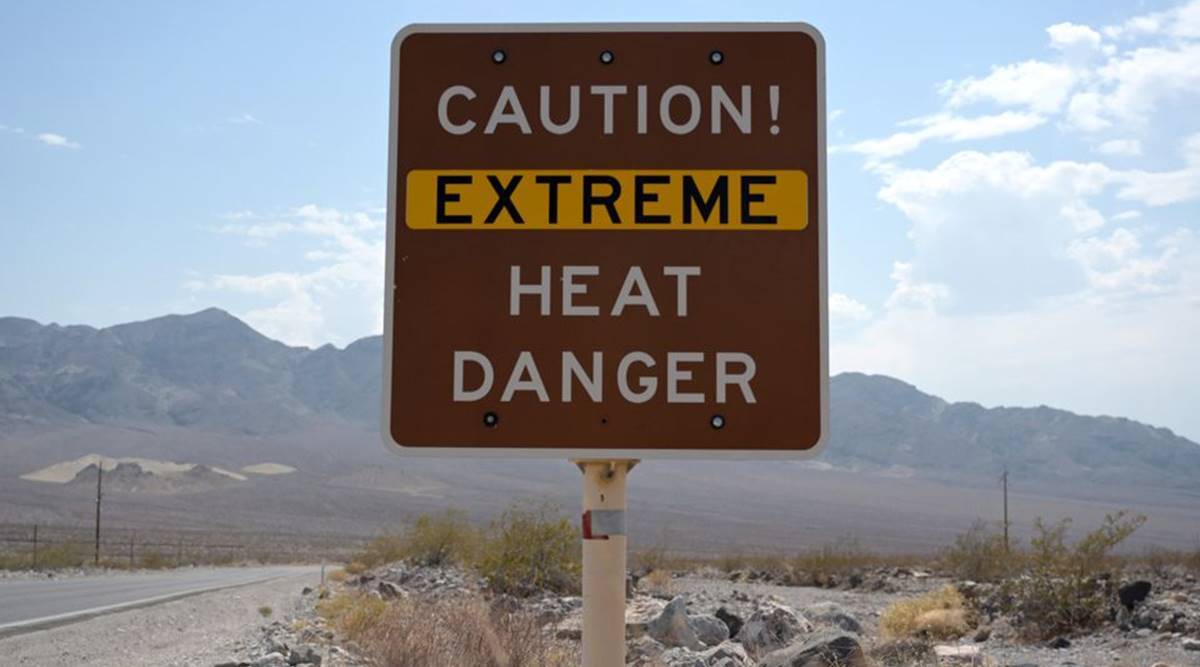 A thermometer outside Furnace Creek Visitors Center in the heart of Death Valley showed 134 degrees Fahrenheit shortly before 4 p.m. (2000 GMT) on Sunday, although a National Park Service ranger said it typically measured higher than the official reading. A brutal heat wave punishing the US West pushed temperatures toward all-time records for a third day on Sunday, as Death Valley in California, scorching at 130-degrees Fahrenheit (54 Celsius), was again one of the hottest spots on the planet.

A thermometer outside Furnace Creek Visitors Center in the heart of Death Valley showed 134 degrees Fahrenheit shortly before 4 p.m. (2000 GMT) on Sunday, although a National Park Service ranger said it typically measured higher than the official reading.

The National Weather Service recorded the temperature on Saturday at 130 degrees, which if verified would be one of the highest ever recorded on Earth. A ranger measured the sidewalk temperature outside the visitors center at 178 degrees Fahrenheit on Sunday afternoon.

“I just came up here to see how hot it gets,” said Richard Rader of Scottsdale, Arizona, who said he had ridden his bike 10 miles across Death Valley on Sunday.

Most tourists left their air-conditioned cars only long enough to pose for pictures with the thermometer.

The National Weather Service issued excessive heat warnings across much of the region and cautioned residents that the high temperatures could be hazardous to the their health, especially small children and the elderly.

The sweltering heat, which extended across much of the Pacific Northwest, pressured power grids and fueled major wildfires, including a blaze burning in Southern Oregon that threatened 1,200 homes and other structures.

The Bootleg Fire, which broke out on Tuesday, had blackened 144,000 acres, or 224 square miles in and around the Fremont-Winema National Forest as of Sunday afternoon with no containment.

Conditions at the blaze were so severe that the 926 firefighters working the lines were forced in some cases to “disengage and move to predetermined safety zones,” managers said.

No fatalities had been reported.

The flames were burning along a high voltage power corridor connecting Oregon’s power grid with California’s, worrying officials in both states that electricity could be knocked out to thousands of homes and businesses.

Residents in hundreds of homes were already under mandatory evacuation orders and the Klamath County Sheriffs Department said it would make arrests if necessary to keep people out of those areas.

Residents in additional parts of southern Oregon were under “Go now” orders on Sunday while still more were told to “get set.”

Governor Kate Brown declared a state of emergency on July 6.