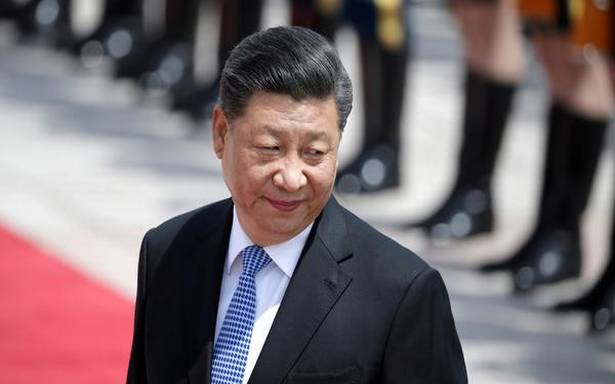 The change in the Western Theatre Command’s leadership comes amid China’s continuing stand-off along the Line of Actual Control with India.

China’s President Xi Jinping on Monday promoted a new General to head the military’s Western Theatre Command which borders India, state media reported, unusually marking a third change in the command’s leadership in the past nine months amid the continuing stand-off along the Line of Actual Control (LAC) with India.

Mr. Xi, who is Chairman of the Central Military Commission (CMC), on Monday “presented certificates of order at a ceremony to promote five senior military officers to the rank of general”, the highest rank for officers in service.

Monday’s announcement named General Wang as “Commander of the Western Theatre Command” and did not say where General Xu, who is 59 and well below the retirement age of 65, now serves. His biography on Baidu, China’s Google equivalent search engine, was on Monday updated to describe him as former Western Theatre Commander, leading one post on Baidu to ask why the Western Command’s leadership was changed after two months and was being changed so frequently.

The Western Theatre Command leadership has undergone several changes in the past year in the wake of the retirement in December 2020 of the long-serving General Zhao Zongqi who headed the command since its inception. That month, General Zhang Xudong took over as Commander, while General Zhao was rewarded with a post-retirement appointment as the Vice-Chairman of the National People’s Congress (NPC) or parliamentary committee on foreign affairs, a top advisory body. General Zhang was then replaced in July by General Xu.